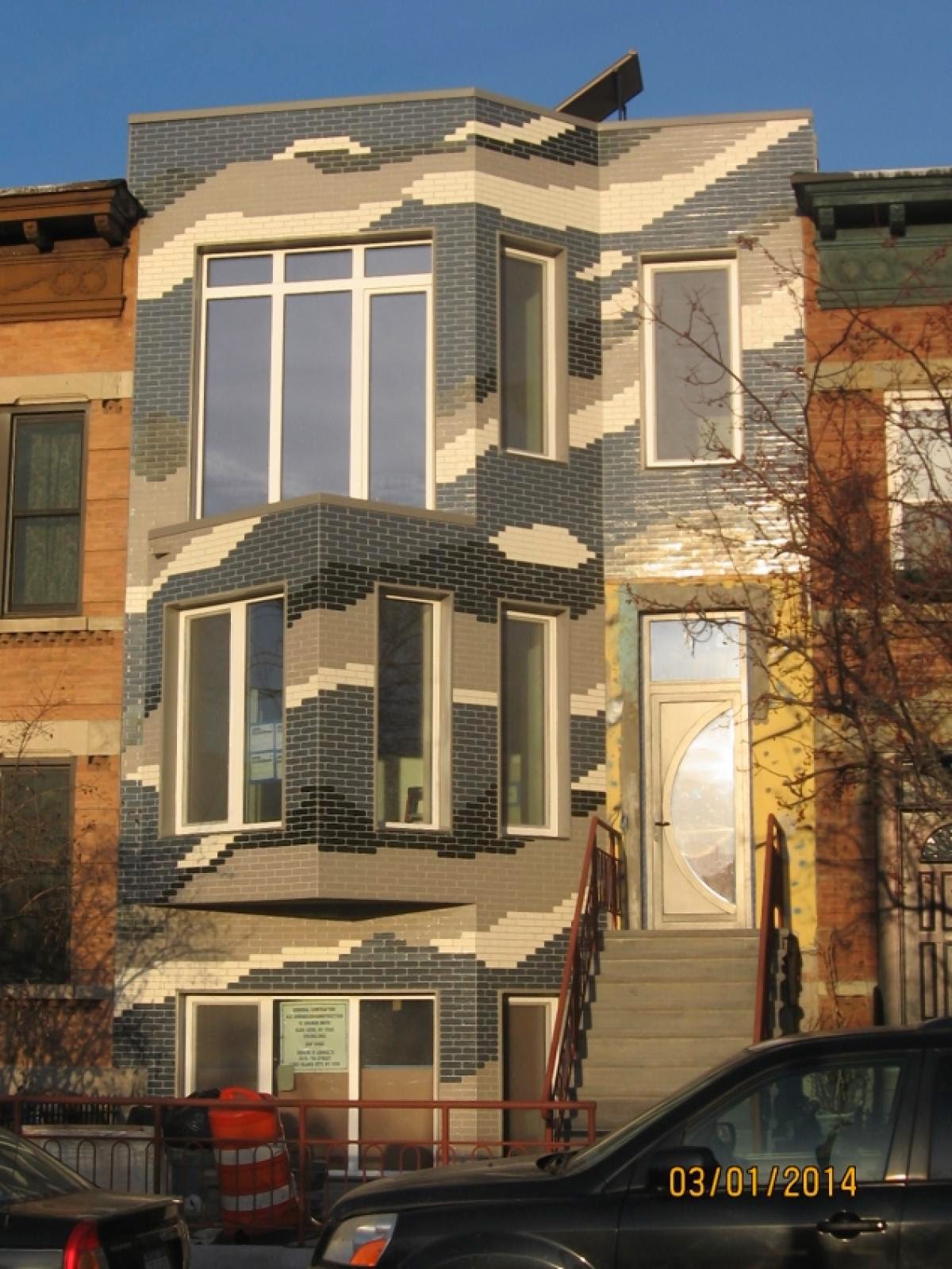 The first Passive House in Queens.

On Monday, April 14, 7 - 9 PM, Resilience NYC Meetup will host a free screening of the documentary "Passive House Revolution," its NYC premiere. It's produced by Community Solutions, the same folks who put out "The Power of Community: How Cuba Survived Peak Oil."

This is one of a series of monthly free film screening events I've been organizing this winter and spring at Coffeed Cafe on the second Monday of the month at 7 PM.  Coffeed, at 37-18 Northern Blvd., LIC, NY 11101, downstairs from the Brooklyn Grange rooftop farm, is providing free coffee and home-baked pastries for the events.
"Passive House" is a new standard of energy conservation in buildings.  It's been spreading around Europe for the last twenty years, based on the low tech building energy studies pioneered in the 1970s.  You could say that Passive House has returned to the country of its origin, and just in time. Buildings use nearly 50% of all energy used in North America today.  The Passive House set of practices for building and retrofitting structures use 80% less heating and cooling energy than average, much less than those from LEED-certified buildings, the green building standard common in the US.  Maybe you've never heard of Passive House, but you've probably heard of the LEED standard.   While many serious people doubt whether LEED is actually much good at all, it can't deliver the energy saving results we need.   Climate scientists say we need to reduce our CO2 emissions by 80% as quickly as possible.

Lester Brown, founder and president first of Worldwatch Institute, then of Earth Policy Institute, said way back in 2008 that we need to cut emissions 80% - by 2020.

We cannot afford to let the planet get much hotter. At today’s already elevated temperatures, the massive Greenland and West Antarctic ice sheets—which together contain enough water to raise sea level by 12 meters (39 feet)—are melting at accelerating rates. Glaciers around the world are shrinking and at risk of disappearing, including those in the mountains of Asia whose ice melt feeds the continent’s major rivers during the dry season.  Delaying action will only lead to greater damage. It’s time for Plan B.  The alternative to business as usual, Plan B calls for cutting net carbon dioxide emissions 80 percent by 2020. This will allow us to prevent the concentration of CO2 in the atmosphere, already at 384 parts per million (ppm), from exceeding 400 ppm, thus keeping future global temperature rise to a minimum.  Cutting CO2 emissions 80 percent by 2020 will take a worldwide mobilization at wartime speed.

PlaNYC, the City's long term sustainability plan, projects reducing carbon emissions at least 30% below 2005 levels by 2030.   It cites the Intergovernmental Panel on Climate change for the goal of reducing greenhouse gas emissions 60-80% below 1990 levels by 2050 to avoid the catastrophic effects of climate change. (P. 155)  Given the most recent IPCC report - which has been called overly conservative despite being fairly alarmist - the City's timeline needs to be accelerated.   I'll be looking for other more current recommendations - but back to Passive House.  Promoting its widespread use will be an important part of our response to climate change.

Following the screening, we'll hear from architect Tom Paino, who renovated his Long Island City row house to become the first Passive House in Queens.  As the NY Daily News and Queens Brownstoner noted, some Queens residents found the dramatic black, grey and white tile facade to be unattractive.  However, the project was hailed in an extensive and positive review by US Dept. of HomelandSecurity.

As usual we'll facilitate discussion we can about how to make our neighborhoods more sustainable and more resilient, and hand out our resource guide with links to existing NYC programs.