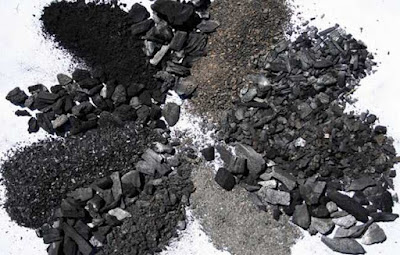 See the biochar pages at beyondoilnyc.org for details, and an ask for the NYC Council

To respond to the climate crisis, we'll have to switch from fossil fuels to renewable energy, but that won't be enough.  We'll also have to remove massive amounts of carbon dioxide from the atmosphere as quickly as possible. Part of the strategy for removing the necessary 700 gigatons of carbon is planting trees - about three trillion.

Not just carbon emission reductions, but carbon capture
Another part is to keep the carbon in biomass from decomposing and returning to the atmosphere by capturing it in forms that are stable over the long term. Some approaches to carbon sequestration, like capturing CO2 directly from power plant exhausts, are unproven and expensive.

Capturing carbon has a long history - and many uses
One approach has a very long history.  Before Europeans came, the indigenous people of the South American Amazon created the high-carbon terra prieta soils, that are unusually fertile to this day, by controlled burning of biomass. A modern version of this approach can be widely applied in both rural and urban areas. Biochar production is recognized as one of the top 100 policy responses to the climate crisis by Project Drawdown. 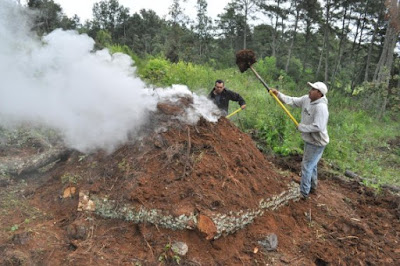 When biomass is pyrolyzed - heated in a low-oxygen environment -  instead of catching on fire, it turns into a form of charcoal called biochar.  In this form, carbon can be stable for thousands of years.  Ideally, massive biochar production will be part of a Green New Deal package of emergency actions.  Until then, we have to raise awareness of the many other benefits of biochar to make its production popular. 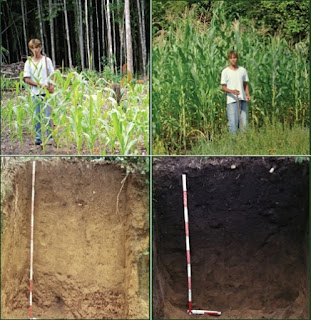 Biochar has many potential uses

It can be a soil amendment for farming, a compost accelerator, and a substitute for peat or vermiculite in potting soil.  It's chemically similar to activated carbon, and can be used as a filter for water and exhausts.  It can be mixed into asphalt, concrete and steel, improving their performance and properties.  It can be mixed into packaging materials, and used in a host of commercial products.  Many more uses are documented in Burn: Using Fire to Cool the Earth.

Solving waste disposal problems
Turning biomass into biochar reduces its volume, which can help with the many types of biomass we struggle to dispose of: crop waste, seaweed washed up on beaches, trees destroyed by drought or disease, manure, and sewage sludge.
The City has been looking into new ways of handling its massive solid waste streams that minimize what has to be sent to landfills.  A significant fraction of NYC's solid waste is sewage sludge, which after being processed at the City's wastewater treatment plants, is called biosolids. 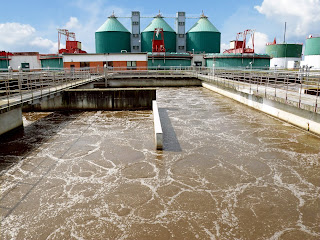 NYC seeking new ways to dispose of its sewage biosolids

NYC generates 1,400 tons per day of biosolids, and pays contractors about $50 million a year to ship it to faraway landfills.


NYC DEP has been researching biosolids alternatives for years.  I've been in regular contact with a DEP staff member working on the issue.  Some of DEP's planning is available to the public, but most is not. 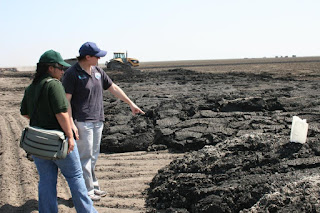 The four main approaches that DEP has been researching

- applying it to land;
- anaerobic digestion;
- incineration / waste to energy;
- and pyrolysis / gasification - the heating in a low-oxygen environment - which can yield biochar.

While NYC biosolids could in theory be applied directly to land, in practice the market is very limited. Anaerobic digestion is already a key part of how NYC handles sewage sludge.

The two other approaches are both forms of thermal processing, but there are significant differences.

With incineration, the waste is heated in the presence of oxygen, so it catches on fire and burns. There are about 86 waste to energy facilities around the US, which combine incineration of mixed municipal solid waste with some materials recovery.  Some of NYC's MSW already goes to the Covanta WTE in Newark, NJ.

With pyrolysis, the waste is heated in a low- or no-oxygen environment. Both types of thermal processing will sharply reduce waste volume, lowering disposal and transportation costs. The cost per ton, energy recovery, and yields of solid and gaseous end products will all vary depending on the types of  equipment, feedstock, and operating conditions.

The crucial difference is that pyrolysis / gasification systems can be set to produce a solid end product that's not just ash, but stable carbon.  Biochar made from wood has a higher percentage of carbon that biochar from sewage sludge. Exactly how much carbon could be pulled from NYC waste streams would have to be determined.

Incineration has been around for a long time.  Pyrolysis is a new disposal option for cities.
- Stockholm, Sweden has been turning municipal green waste into biochar for several years.
- Some cities in India have been pyrolyzing their sewage sludge.
- A pyrolysis facility to run on municipal biosolids is set to open in 2020 in Linden, NJ.
- Ithaca, NY plans to set up a pyrolysis facility for its biosolids. 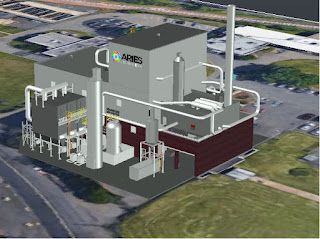 Rendering of the Aries facility in Linden, NJ

Since the NYC Council has already declared a state of climate emergency, shouldn't we be an early adopter of pyrolysis too? We can be a model for other governments, nationally and globally.

We don't know which vendors and facility operators DEP has been in touch with, what proposals they have already made to the City, and what the comparative costs of incineration and pyrolysis might be.  But since a pyrolysis process is potentially a new, important climate crisis response, it shouldn't be evaluated just on the basis of its costs to the City.   We have to educate our elected officials about how carbonizing waste streams supports the City's climate plans. Then, we have to get them to push DEP for updates - and a faster process.

NYC Council should schedule a hearing with NYC DEP on the status of research into biosolids disposal options.  They should ask DEP to speed up its research, and report back regularly - not just on disposal costs per ton of each option being considered, but on how much climate-protecting solid carbon the City could produce through each option.  Also, officials should consider how the City could use that carbon internally or encourage development of commercial and industrial uses for it.

See the biochar pages on beyondoilnyc.org for an expanded version of this summary, with links to references, and for more about NYC wood wastes, pyrolysis manufacturers / system developers, and new uses of biochar, as well as a request for NYC Council.
Posted by Dan Miner at 9:23 AM No comments: